“Burakumin maggots…kill eta filth…burakumin have four legs…buraku people cause AIDS…” These examples of anti-buraku graffiti are not from Japan’s distant past, but vivid reminders from the 21st century that anti-buraku prejudice remains extant in some sectors of Japanese society.

Although the Japanese word buraku literally means a hamlet or small village, in many parts of Japan, especially southern Honshu’s Kansai, Hiroshima and Hyogo regions, the term has a connotation akin to our own word ghetto. Furthermore, the word burakumin (lit. buraku people) is pejoratively applied to denigrate the residents of buraku villages. Anti-buraku attitudes are largely founded on those residents’ historical connections to Tokugawa Japan’s eta (lit. much filth) and hinin (lit. nonhuman) outcastes. In particular, the leather and butchery work of the despised eta were once regarded as polluted occupations, permanently and irretrievably infecting those who carried out such tasks, as well as their descendants and associates in all future generations. The Japanese government currently acknowledges 1.2 million buraku residents living in 3000 buraku, while activists claim 3 million residents and 6000 buraku. The  difference comes about in part because the government figure includes only those currently residing in a buraku and who claim buraku ancestry, while the activists’ figure embraces all current and former buraku residents, including those current residents who claim no buraku ancestry.  .... 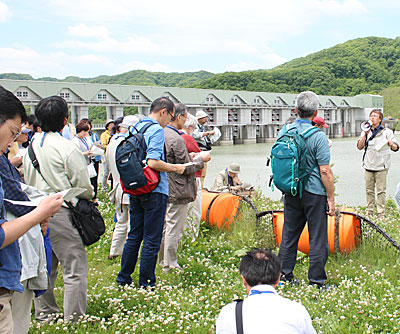 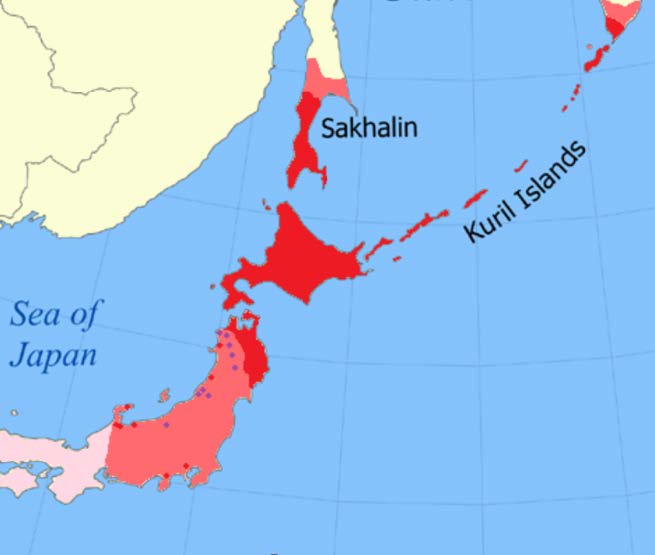 Upon Attending “Now, in Ainu Mosir, We Think About Discrimination”
David McIntosh (Co-director)

I recently (June 26-28) went North to Hokkaido Island to attend a conference, “Now, in Ainu Mosir, We think about discrimination,” hosted by the United Church of Christ in Japan Buraku Liberation Center (BLC). Ainu Mosir (“Quiet land of humans”) is home of the Ainu people, whose vibrant hunting-gathering-trading society stretched for centuries from Japan’s main island Honshu in the South to Sakhalin Island and Kamchatka Peninsula in the North. In a narrative all too familiar to aboriginal peoples around the world, northbound migration of Wajin (mainland Japanese) from about the 15th century progressively fragmented and marginalized the Ainu until, ﬁnally, their people and lands were assimilated into Japanese polity.

With about 100 others who take interest in the liberation struggle of the Buraku—a long-segregated community similar in many ways to the Dalit of India—I encountered the land, people and heritage of the Ainu in Nibutani valley, learned about the past suffering and present challenges of the Ainu from the confessional perspective of the Japanese church,. We listened anew to the voice of scriptures, as illuminated through the experience and perspective of Canada’s First Peoples*, and examined the present situation of Buraku and other minority communities in Japan through the lens of international human rights law.

While reminding us that history, social situaions and challenges vary widely in their details from one minority community to the next, the conference also brought into view common threads of experience and wisdom that might be entwined and for strong collaborative action toward a mutual, inclusive future more pleasing to God.

We who share faith are pulled forward by our trust in the Agape God, who invites us constantly toward that place, that society, that future of true peace, where “no one shall make them afraid.” (Micah 4:1-4) And where our faith, ethnicity, situations etc. differ, we are still pulled in the same direction by our common humanity, by our relationships, by international law, and by hope.

This time of learning and connecting with people committed to the liberarion of the Buraku and recovery of Ainu dignity was truly precious for CMIM. Lord guide us as we seek to weave a fabric that celebrates the beauty of each thread.